January 04, 2010
By She Wants Revenge. Interesting musician who some say has the same kind of sound as Depeche Mode.


Oh, um, hello! How are all of you? I cannot believe how long I have actually disappeared for. I see my last post was on December 2.. And I am still coming to terms that I haven’t posted anything in a month. That is ridiculous! If I happen to still be in some blog rolls, then thank you for that, and if not I totally understand.

I could try to explain things that were going on, but it basically comes down to me not feeling like actually doing my nails for awhile there. I would slap on a colour and that was it – if I put on any colour at all. I was in that whole zombie-mode that I had talked about once before. Then one afternoon I looked at my nails and saw how boring they were.. Then I realized that I missed doing that little extra.

I am wondering if it is just the Christmas-y time of year that I go through some sort of ‘funk’, who knows. Not to say I didn’t have a great Christmas, I totally did! My favourite Uncle was here, I rekindled a friendship, I hung out with the sibs (playing wii), I bought 2 nail polish (haha.. but seriously.. a replacement ‘Alpine Snow’ and ‘Russian Navy Suede’ – which I love by the way!!)

I was actually watching ‘Julie/Julia’ with my mom and sister on Saturday night, and while she was blogging, I realized that I missed blogging.

I am hopping that I am going to be back and just booming with activity, but we’ll see. Hopefully at least once a week for now!!

I finally charged the battery on my camera and found out I had some photos from two other looks before I took a hiatus. OH! And we also got pet Degus, I will snap some better photos of them and then tell you all about them. They are FANTASTIC! 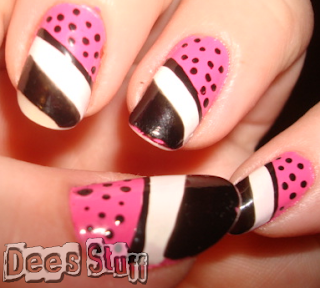 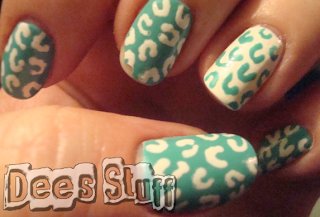 I apologize for all the chip-age. Work (in the past month especially) was a beast to my nails! I have actually noticed my nailpolish chips easier now. My sister has said the same thing about hers, even though we both use top coat. Time to change brands I spose.

I have an order from Trans-Designs being shipped out today, and I basically have my next order already made out.. Will post more about that when it arrives!

OH! Also, I have been looking at Zoya polishes more now, I want to try them out!! Does anyone know of a site that will ship to Canada that also sells Zoya polishes? I think that is about the only way I will get my mitts on them. Guh.

Have a magnificent Monday everyone!!

P.S - I will add this song to my music player a bit later. I hear the wii calling my name!!

Lucy said…
Glad to see that your back. I just think it's the weather causing all the problems with nails. My skin is so dry that I have to keep cutting it off around my nails. I don't even go outside so I guess it's the heat. Makes a mess of my sinuses also. I love that first manicure. It's really adorable. I love TransDesign. I have an order coming from them also.
January 4, 2010 at 2:59 PM

Doo ♥ said…
The first one is really delicious! I just received a package from TransDesign - and I got Russian Navy Suede too. It's really amazing color!
January 5, 2010 at 5:37 AM