I happened to have decided to move my bookshelf and polish desk.. I didn't like where I had moved my polish stuff - Not enough light there.. And my bookshelf doesn't really need a bunch of light, I could mostly name everything on there.. Anyways! 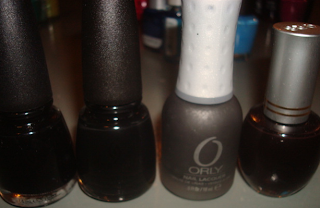 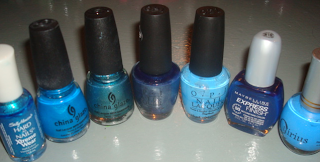 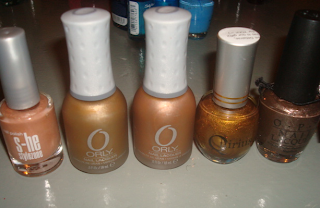 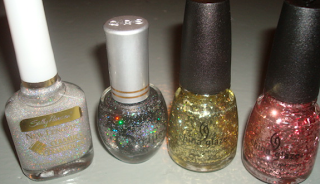 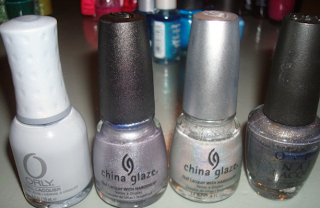 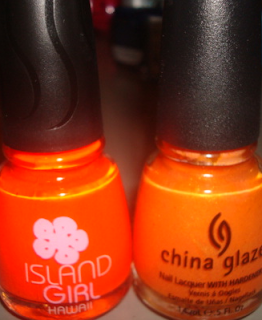 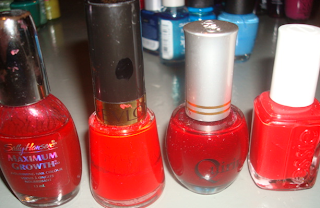 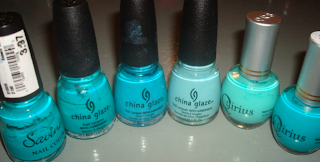 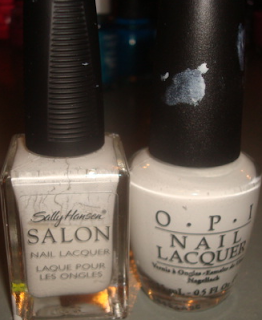 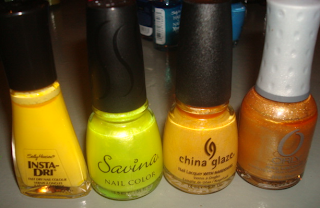 Then, after I had them all safely put away.. I found two more babies on my desk.. So CG II and OPI Curry Up Don't Be Late are not pictured.
THEN I tallied up the number.. including minis and the 2 I missed.. 95!! That guess of 100 was alarmingly close. One would think that this number could be startling, but from some of the numbers I have seen posted from other people, I am a polish n00b! This number excites me! I feel like an actual collector! Woo!
Oh, and this also happened.. 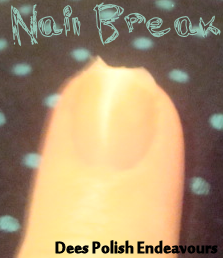 In a way I wasn't too upset about this break, although extremely painful, and I have a high pain tolerance.. This was that nail I had mentioned before.. I couldn't get a photograph of what it actually looks like, but the right side of the nail has actually lifted away from the nail bed.. FREAKY!
Anyways, that is my post for today so I didn't totally abandon everything this week! Expect another post either tonight or tomorrow.. Whenever I finish this nail design!
Your Comments... ANSWERED!