Oh, right. Not my nails (too often).. I have been working mostly in the dish pit and have no reason to do my nails. Plus, when I do paint them, I haven't really been doing anything fun. I slap a crackle or shatter top coat on and go.. So, for that, I do apologize!

I do have a wealth of photos to share though.. Let's get started! 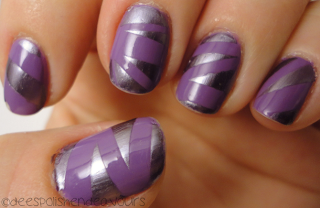 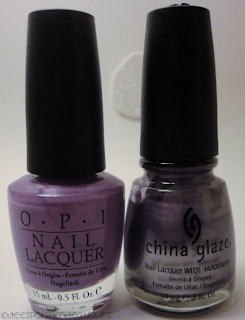 First, my nails. I have always enjoyed the look of what Nailside was doing, but was too scared to test it out as I wasn't sure if myself and tape would get along. I followed the Mummy Mani  tutorial.. And, I liked the results! I went a little crazy with tape placement and sizes, but I really do like the outcome and will definitely try it again (and again, and again, etc).

I used OPI A Grape Fit as my base followed by CG Avalanche.

Then, last night, I went to my bestie's baseball games right after work. It was excellent! I had wanted to go watch some games this morning before working the evening shift, but I slept in.. Whoops! I hope her team is doing well!! THEN after the games, we returned back to the city and went straight over to the Exhibition!! I have not gone in 11 years, so that was quite fun!

We did some rides, played some games, etc.. My sister and some of her friends were also going, so we met up with them! One thing I really like about my friends and her friends, we all get along really well, we're like a large set of blended sisters (or family members).. It always makes for a great time! Oh, and, we all won domo dolls, nbD or anything.. 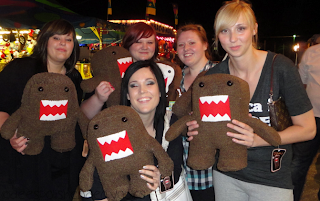 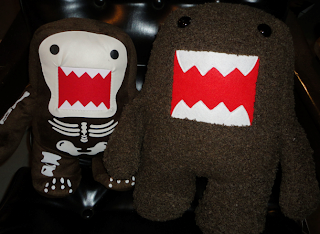 Now go back a day.. It was 'Jersday', and my good friend had asked me to do a French Manicure for her as she had a wedding coming up the next day? Or maybe it is today? I cannot remember! But, she came over, I did my first official French Manicure and we watched Jersey Shore. I forgot to snap a photo of her nails! THEN, another good friend popped in.. She has been working on growing her nails up a bit, and they finally had reached a point that she found suitable for me to paint them up! She had mentioned before that she really liked how I did my ma's nails at one point in time, so I decided to do that very same design for her! 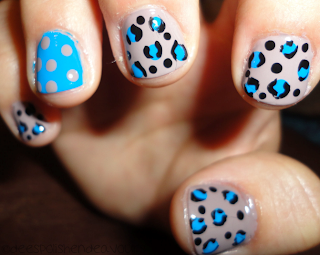 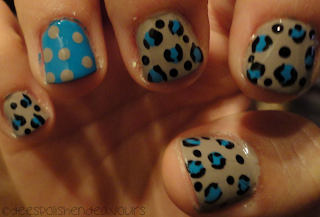 I have also been thinking lately that I should somehow start incorporating more about make-up items in to my blog so then I don't go 12 days without posting anything.. So, I give you a photo of some new items I am putting to the test.. Then, probably within a month, I will show photos from purchase date to that point in time and see if there are any changes.. Hopefully that will be all right with everyone! Oh, and I will toss in a photo of Bennie cuteness and call this blog post a wrap! 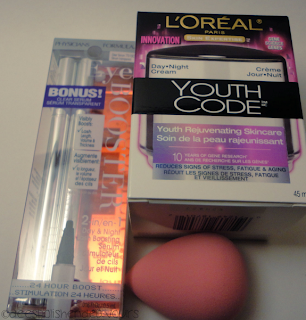 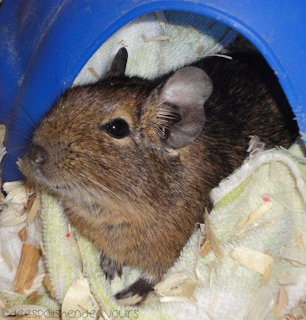 Have a great weekend everyone!!