May 24, 2012
I have to preface this post with a few apologies.. Apology 1: I did film this as a video originally, but when I reviewed it, I didn't quite get in close enough so that it could be seen what I was doing - but I was still going to post it up. Apology 2: My computer has been acting strange lately. I used to be able to leave it on for days on end, now it likes to shut off at random. Random being when I was trying to upload to youtube last night. I honestly didn't want to try and do it again - it said it would take 500 minutes.. Ugh. Apology 3: I decided to take photos as I went along working on these nails.. And while I was taking the photos, they looked AWESOME on the camera.. When I uploaded and edited them.. Ehh.. not so much..

Apology 4: I am sorry about the quality of this tutorial, but hopefully you'll be able to understand what I'm trying to show.. My next tutorial (whenever that is..) will be filmed, in focus, and should upload properly. Fingers crossed?

Anyways, the nails that I am giving you a tutorial on are the floral gems I posted up a little while back. 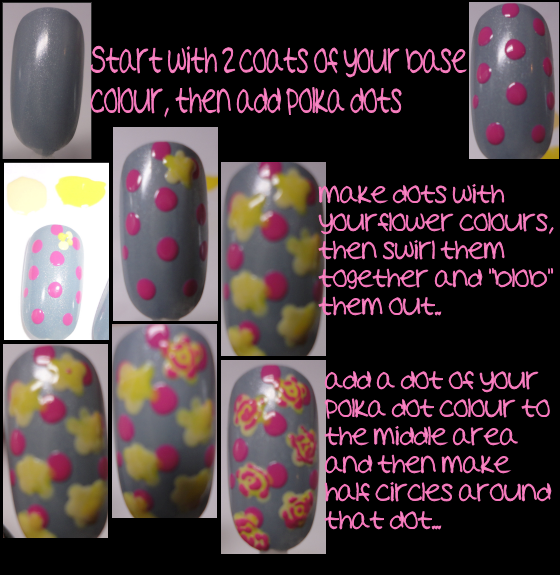 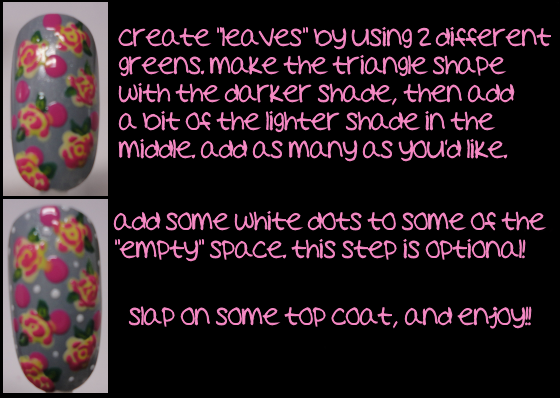 The polish I used are: Butter London Lady Muck, OPI Shorts Story, Joe Butter, NYC Lexington Yellow, OPI Jade Is The New Black, OPI Who The Shrek Are You?, and Orly White Out.

I hope this might be useful to someone.. AND! If you decide to do something similar, I would love to see what you have done! Feel free to link me a photo, or e-mail me one! Thanks for taking a glance - and have an awesome day!