July 17, 2012
Good morning everyone! Just wanted to post up a quick announcement about a little giveaway I'm doing..

I am going to tie it in to two things, but technically it will just be one.. I'll explain!

I recently hit 400 followers and wanted to have a giveaway to celebrate that - aka celebrate all of you being completely awesome and following my nail polish endeavours! But the things I wanted to include in my giveaway keep being unavailable to me.. Except for Cover Band's Sticks 'n Stones and that is only because when I had ordered my bottle, I ordered a second to giveaway.. ALSO.. I decided to .com my blog. I had talked about it with my dad (he actually talks about how when he googles my name now my blog shows up and how he sees the images some times and that he thinks I'm awesome) and I declared: when I hit 400 followers, I'm going to .com it up! So I did.

SO! While I say this is to celebrate both of these marvelous things, I still want to have a more.. substantial giveaway at some point.. I'm already collecting.. But this gem is sitting in my drawer and it needs a good home! 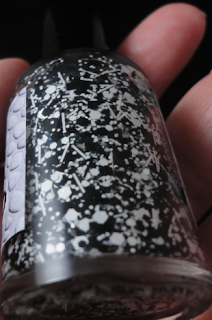 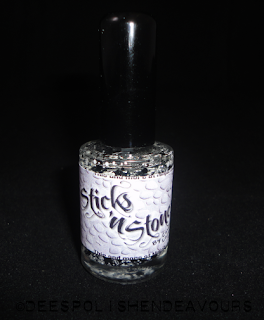 Who: You!
What: A chance to win a bottle of an awesome nail polish!
Where: Uh, on my blog?
When: Starts today (July 17) and goes until July 24th at 12:00am EST
Why: Because I want to!
How: Enter using this rad rafflecopter widget below


Also, this giveaway is open to everyone.. I always hated when it was closed off to certain people - so, enjoy!!

Leanne said…
Heyy congrats girl! I've been a follower of yours since the very beginning, thrilled to see your blog growing so well :-)

Starlight Radiance said…
I'd use a bright pink like borghese raspberry sorbetto!
July 22, 2012 at 7:20 PM

Unknown said…
what about pairing it with OPI Dating a Royal? Congratulations also on the massive milestone
July 22, 2012 at 11:30 PM

Unknown said…
I'd want to add a twist to it and I'd pair it with Model's Own, Hedonist :).

Jess | The Indigo Hours said…
Congrats on 400 followers and your .com! :D
I think I'd pair it with Ciate Jelly Bean or Nails Inc Warwick Way... So many combinations to try!
Awesome giveaway, thank you!

Vix said…
Congratulations on your followers!!

Ooooh there are so many choices of what to do with this polish!