Something a little different again.. mostly because I don't have anything new from me to share with you all.

Last Friday, my sister and I had some of our pals over.. and my sister and one of our pals had asked me to "do something" on their nails.. so then I told the other gals that were coming over that I would offer up my nail painting services to them as well.

I got permission from all of them to use the photos on the old blog, so, I'm now going to share the activity with all of you! Yay! 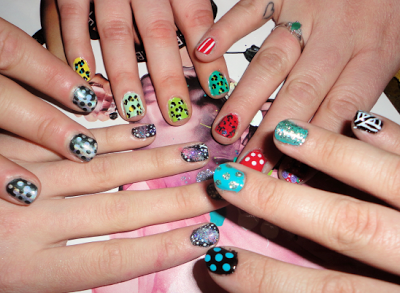 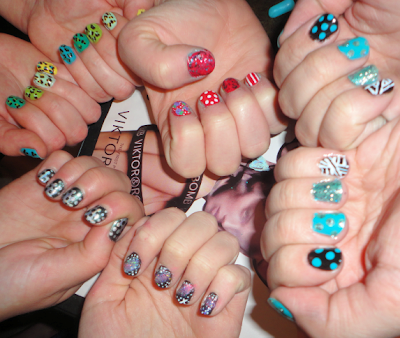 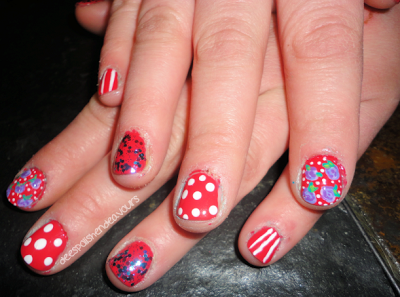 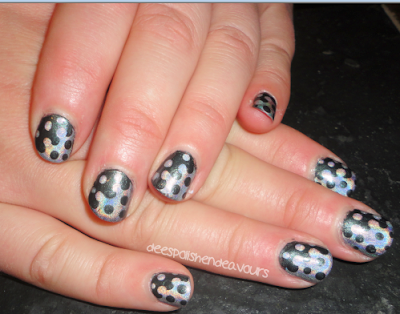 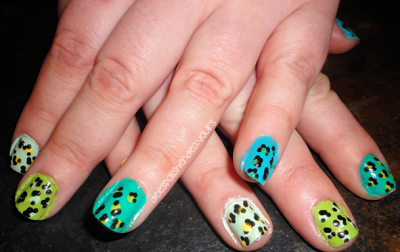 Ky's (aka my sister's) nails 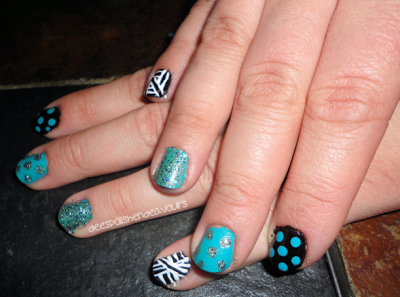 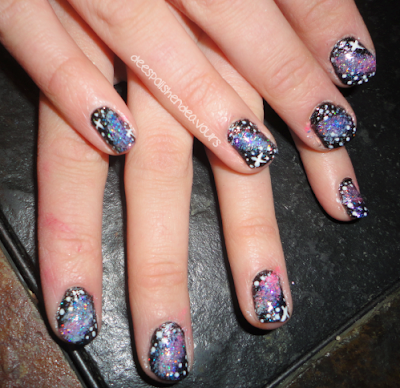 I don't know all of the polish that I used off of the top of my head.. but.. if anyone really, really, really wants to know, I can figure it out for vous!

I am hoping to get back in to the swing of things for next week. I feel kind of lost with my nails right now aka I don't like that they are naked, but I also don't know what to do with them.