I think Sundays (not every Sunday.. I don't swatch enough for that.. or shop enough for that) will be the day that I will post up any random swatch photos I happen to have as well as any new things I have purchased - whether it be make-up, clothes, jewelry, etc.

The reason behind this is because I absolutely love watching those haul videos on youtube, but I don't really want to make those videos (I will stick with my random nail art video from time to time..) - anyways, hopefully any of you that might be reading it will enjoy this edition.. if not.. well, that is cool too! 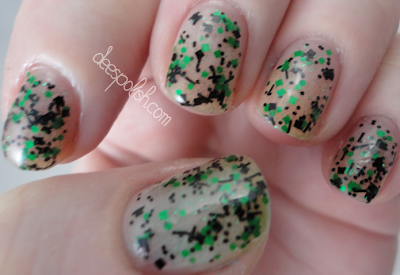 First up is ILNP Bad Mogwai. When this gem first arrived to me, it was broken and so was my heart. BUT! It got handled, and a new sweet baby bottle was sent my way. I could not be happier! I decided to not use a base colour when I swatched this - I wanted a real idea as to how this gem would look - and I could not be happier! Of course I really want to wear it with a yellow base, but then again, I want to use a yellow base for everything. This was two coats - yeah, it is pretty densely packed.. and the name?! Genius! Love. 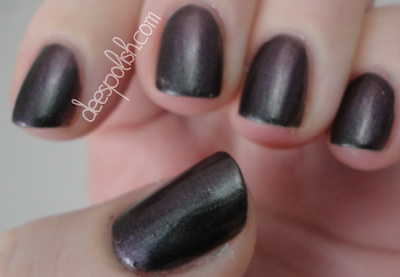 This is Essence Chic Reloaded and it is an awesome duochrome-y, colour shifty, beauty of a polish! I do recall when I swatched that it was not sunny - otherwise I would have exposed my ghost-like skin to the skin to catch this rascal in the sun! These photos show a glimpse of the shift-age. I was quite excited that Shopper's has started to carry Essence items - I mean, the polish is really inexpensive - and the quality seems to be quite decent - at least on this polish, anyways..

Now on to my haul items.. I have gone through some shopping withdrawals lately.. Mostly because I was trying to be really safe with my money - like, make sure my bills get paid and don't spend a penny more than necessary. On Thursday, I decided to treat myself a little bit as things are going to be a little better for the next month and a bit.. I mean, that makes sense.. right?! 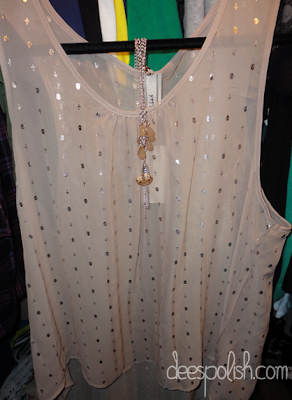 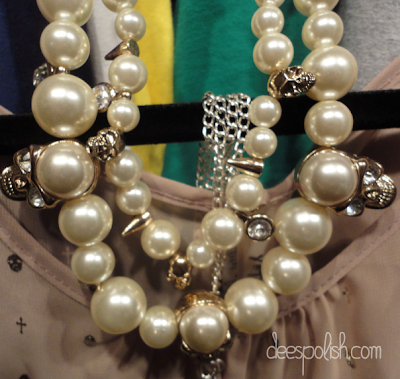 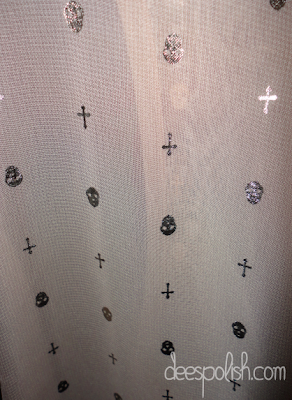 The first place I stopped at is a shop called 'Laundry'. It now has two locations in Saskatoon - which is awesome! One is downtown, which is just a small shop, and then have now opened their second location in Centre Mall - and it is much larger with more items. And I find the prices aren't too shabby at all! My sister convinced me to go try this adorable blouse on - and I'm glad she did! It is lovely! It comes with this little necklace attached, but, I had to also pick up that amazing skull and pearl necklace!! It even has little spikes on it.. I feel like it was basically designed for me. If you happen to live in Saskatoon, and you're reading this - you should definitely check out one of the shops - the place is great!

Next, my sister and I stopped in at Target. It had opened two days earlier.. It is obviously a little picked over, but it is fun to have a new large "department" store in the city.. and it is close to where we live. We didn't do too much looking around, but I did find a really adorable dress..

Look at that adorable bird print! And the colour!? Awwwwesome! I also bought a Maybelline color tattoo pigment in Downtown Brown - but I forgot to take a photo.. derp. 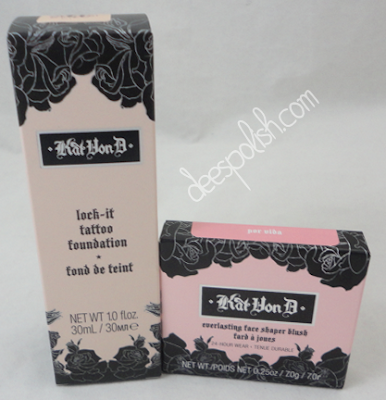 After leaving Centre, we scuttled over to Midtown.. and of course I popped in to Sephora. I had a primer in my hand (I don't use primer, but had heard really great things about the one I was carrying around the store.. anyways..) and then I came across the Kat Von D display. I have heard amazing things about the foundation.. and I knew I was going to be out of my go-to in a day (seriously) and this colour looked like it would suit me perfectly (aka the lightest shade available). Then my sister points out that she now has blush available. You do not tell a blush junkie about new blush. It is like a moth to a flame. I then told my sister that I didn't really want to spend over $100 at Sephora (this time) and she was like 'well, you don't need the blush'... again, blush junkie.. of course I need the blush.. I told her as much, she laughed. Then I reasoned with myself out loud to her. I would get the foundation and blush, and then I can get the primer next pay cheque if I still feel I need (re: want) it. Done! 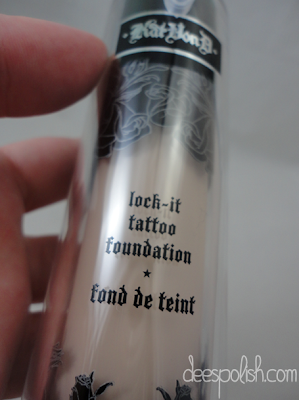 This is the Kat Von D lock-it tattoo foundation (it claims to be pigmented enough to fully cover a tattoo.. I might just have to try it at some point for kicks). It is full coverage, 24 hour wear, transfer resistant, matte finish, fragrance free, oil free, and for all skin types. Phew! So far, so good. And when it says full coverage, it means it! I don't have to use a concealer for any spots right now - which is pretty impressive to me! I do find that you have to blend quite quick because it does dry really fast - it is still sort of moveable, but yeah, work fast! 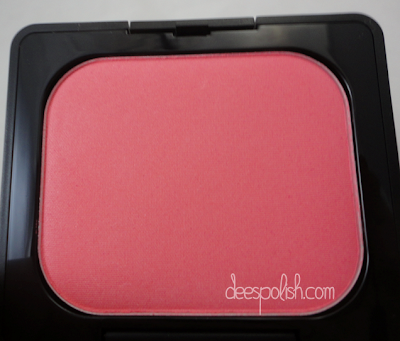 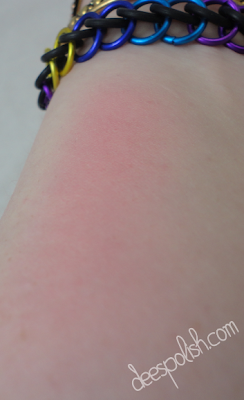 I know not everyone is a blush person, but I am 100% a blush person. I am exceptionally fair, and find that I need blush to make people believe that I am not a walking corpse (not to be confused with a zombie). Just looking at that photo of the blush makes my heart smile. This is the Kat Von D everlasting face shaper blush in Por Vida and it is also a 24 hour wear product (though I probably won't ever put that to the test.. well.. you never know!) I am a complete NARS blush fan, and I think I like this just as much.. if not.. um.. better. Eep!

Have a great day everyone, and I will see you all again soon!!