The other day, whilst perusing pinterest, I stumbled upon a photo of splatter nails done by Chalkboard Nails. While I was starring at the little photo, I was like 'a sparkly based splatter nail! Great idea!' then I went to the post, and here I was thinking it was sparkly China Glaze Atlantis as the base.. nah, it was not.. BUT! It definitely put the idea in my head to use Atlantis as a base for a splatter nail.. and so it was. 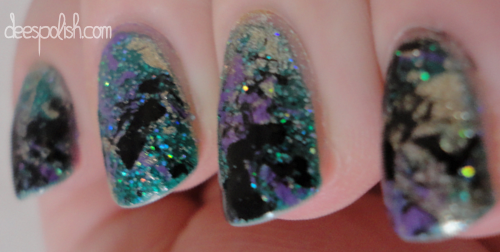 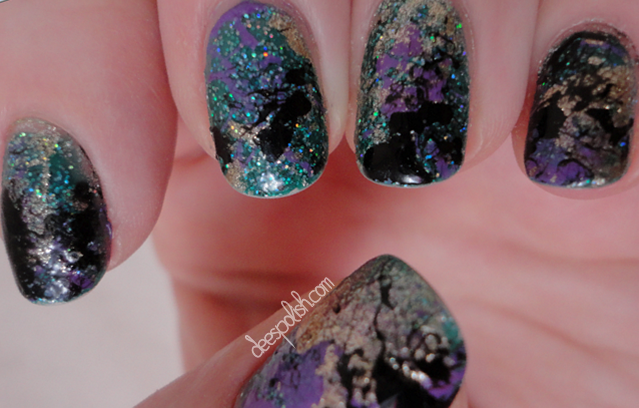 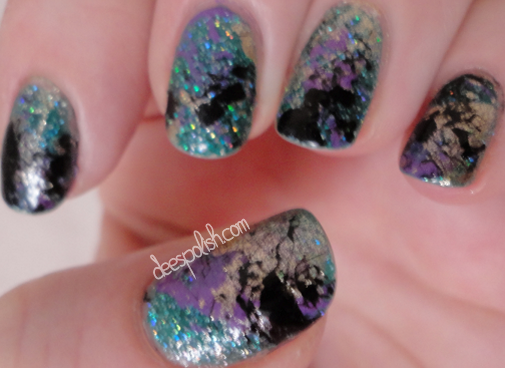 Honestly, at first, I hated them.. I felt that the colours didn't pop enough, or maybe I should have used a lighter coloured sparkly base.. just blah feels. Then.. after 2 days of wearing them and allowing the sun to catch them, yeah, I like them!


I also inadvertently used all China Glaze polish.. rad! I love China Glaze, and it shows!!

That is all for meow - see you all again real soon!