I meant to have these photos edited and posted up to coincide with the release of Dumb & Dumber To, but, of course that did not happen. Sorry!

About a week and a half ago, I sent a text to my sister asking what I should do for nail paint-age, and she said 'tuxedo nails, but Dumb & Dumber style' - genius!

I then decided to do them a smidge later so that it would match up with the release date.. had them painted and photographed, but not edited.

Now that I went to edit the photos, I noticed that out of all the photos I took, I only had 1 that was sort of in focus.. found 1 more that sort of worked. The neon orange bugged my camera right now (also note that I really need a new camera)

So. You're getting sub-par photos of my tuxedo mani - Dumb & Dumber style. 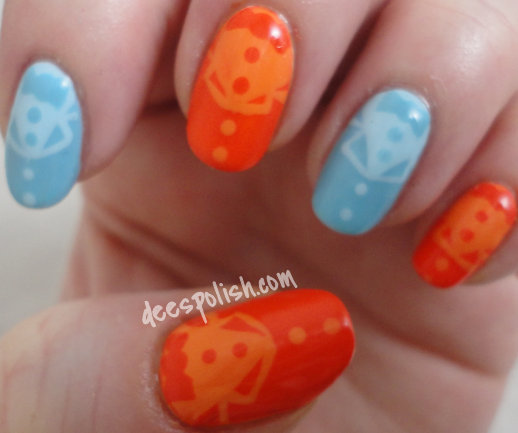 I tried doing some ruffle activity, but had to re-do the nails a few times. Just could not get the look I was going for. Just did basic tuxedo nails instead.

That is all for meow. I should have some posts all prepped and good to go for next week. I finally edited a slew of photos from my camera. Be proud of me!